You’re reading an excerpt of Admitted by Soundarya Balasubramani. Written by an Ivy League graduate from India, this is the proven guide for students worldwide looking to pursue undergraduate or graduate study abroad in the U.S., Canada, or Europe. Purchase for instant access to the guide and other exclusive resources—including sample SOPs, sample resumes, scholarship lists, and a private community with other readers.

Ivan Pavlov* is a famous guy among physiologists. He is most known for his work in classical conditioning, which is described as* “learning to associate an unconditioned stimulus that already brings about a particular response (i.e., a reflex) with a new (conditioned) stimulus, so that the new stimulus brings about the same response.”

Let’s decode that jargon with the famous Pavlov dog experiment. In the 1890s, Pavlov was researching the salivation in dogs in response to being fed. One day, he noticed that his dogs began salivating as soon as they heard the footsteps of the assistant approaching with the food. This instance, of watching the dogs display the same response even for objects or events associated with food as opposed to the food itself, changed the course of his research.

He spent the rest of his life working to refine this theory.

It was clear to him that dogs didn’t have to be taught to salivate when they saw food. It was hard-wired into their system. So he conducted an experiment wherein every time he fed his dogs, thus generating the unconditioned response of salivation, he would also play a metronome,* a neutral stimulus that wouldn’t cause any salivation on its own. However, after a few such trials, he began playing the metronome without giving them food. The result? An increase in salivation. 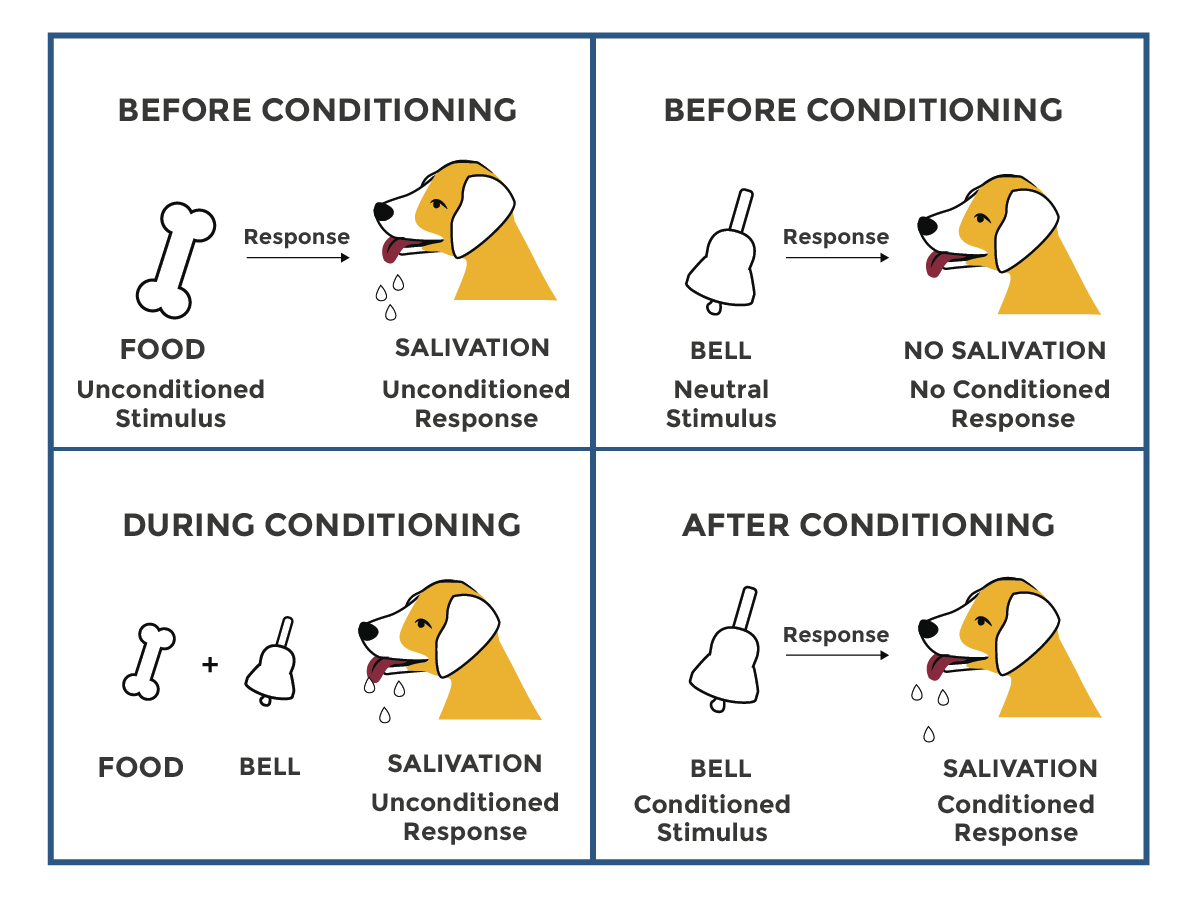 ​think​The theory of classical conditioning doesn’t manifest itself only in dogs, though. We are just as much influenced by it. Think back to the classes you had just before your lunch break in school. You probably felt hungry as soon as the bell rang, even if you weren’t hungry a few minutes before. Why? Classical conditioning. We tend to associate the bell with food.

Now that we know this is possible, we can leverage it to our advantage.

We created a Networking tab for you in your Dream Tracker. Since you will be speaking to dozens of people every month, or even every week once you begin your graduate studies, internalizing the action of taking notes and following up after a call is crucial.

​action​Every time you know you are bound to have a call with someone, set a reminder on your phone to beep exactly 30 minutes after the call is scheduled to happen. That way, as soon as you get off the call, or a few minutes later, you will hear a ding that will prompt you to note down their names and details in the tracking sheet. If you condition yourself to do this enough times, you will begin to note it down even without the ding.

Now, during this downtime, when you are laying the groundwork, you can set up the tools you need, such as a tracking sheet and a reminder app, to do this effortlessly later on. While we do not suggest reaching out to alumni and current students for job opportunities, we do recommend making that initial contact and following up with tailored questions.

You’re reading a preview of an online book. Buy it now for lifetime access to expert knowledge, including future updates.
If you found this post worthwhile, please share!
Related sections
Who This Book Is For
Writing Suggestions for Your Statement of Purpose
The Quadrant Framework, Revisited
Introduction to Loans and Visas
After Your Interview