Getting Better at Critique

You’re reading an excerpt of Land Your Dream Design Job, a book by Dan Shilov. Filled with hard-won, personal insights, it is a comprehensive guide to landing a product design role in a startup, agency, or tech company, and covers the entire design interview process from beginning to end, for experienced and aspriring designers. Purchase the book to support the author and the ad-free Holloway reading experience. You get instant digital access, commentary and future updates, and a high-quality PDF download.

Getting Better at Critique

Like any activity, you’ll get better at critique with practice. To make the most of your practice, I recommend critiquing an app with a group, isolating your weaknesses, and comparing and contrasting similar apps.

Practice critique with a partner or two. Get a group of designers who have different strengths and feel free to include other disciplines, such as engineering. Practicing together with a diverse group will widen your perspective significantly, compared to practicing alone.

Isolate and Focus on an Area of Growth

If you’ve already evaluated your craft skills, you probably uncovered one or two areas of opportunity. Let’s say you’re interested in motion design. Look at the app strictly through that lens—how does it use motion to communicate? Try replicating the interaction in your favorite prototyping tool. Copying work will help you learn more through practice and see the finer details. 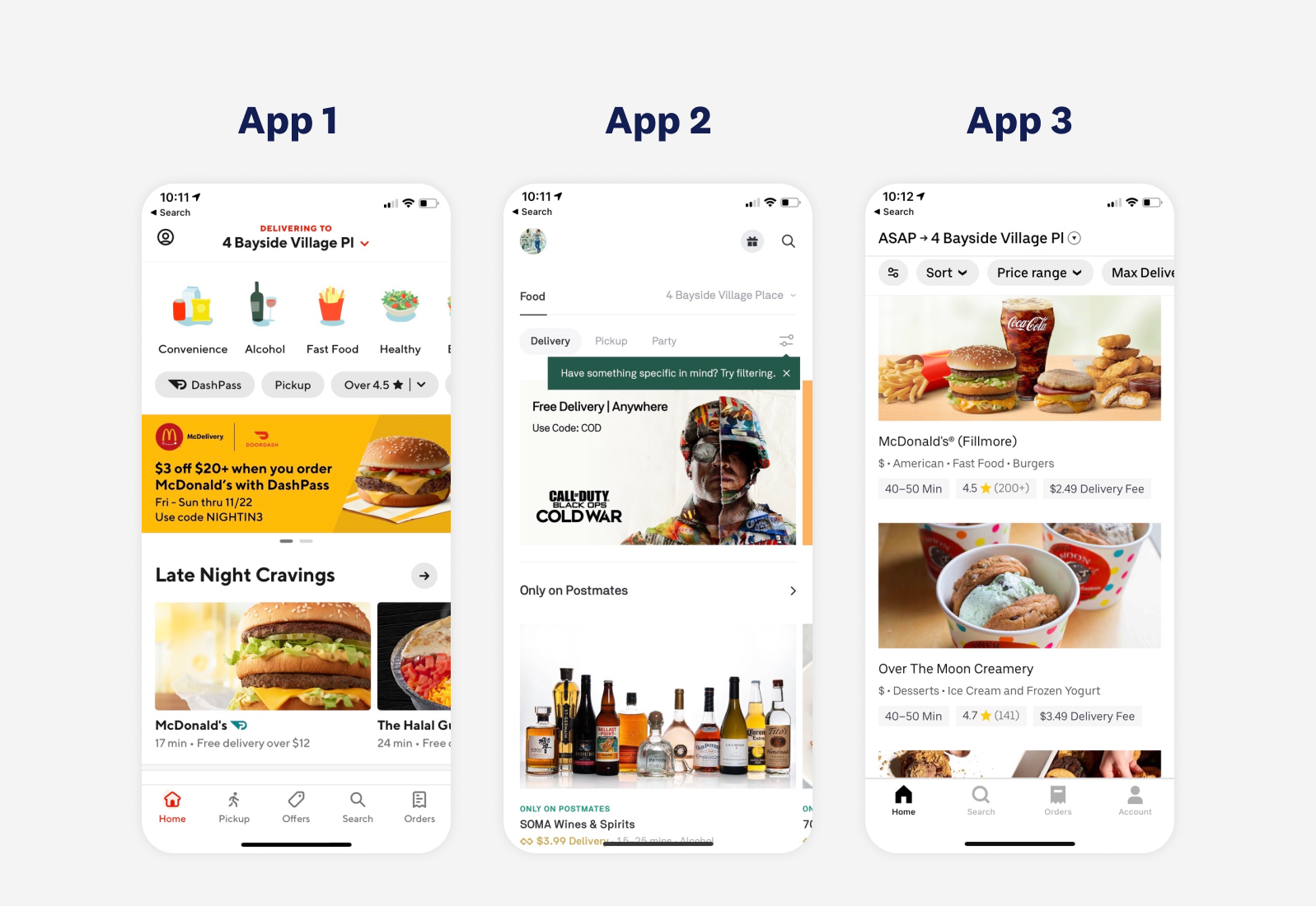 Look at similar apps through the lens of a JTBD statement. How’s one app better than the other? What does “better” mean? For example, a tourist visiting a city wants to go from point A to point B. You can start from a narrow app lens and zoom out from there:

You can do similar types of exercises in other industries like sports (training for a marathon), social interaction (Facebook), or finance (Mint). Remember the customer’s objective—while there’s an app for that, it doesn’t mean that the alternatives don’t exist or aren’t better.

Go Beyond the App

If you’re really interested in diving into strategy and product positioning, go beyond the app. Look into how the app presents itself in the App Store, Play Store, on web (even if the web site is just a glorified ad for the native app download). When you have the app, look at how it tries to pull you in via non-app channels such as e-mails, pushes, etc.

If you’re interested in growing your critique skills, here are some handpicked resources to help improve: