You’re reading an excerpt from Global Natives: The New Frontiers of Work, Travel, and Innovation, a guide to digital nomads and the work-from-anywhere movement, by Lauren Razavi. Purchase the book for instant digital access.

If I had been born a century earlier, I probably would have found myself in Paris rather than Bali, hanging out at a bookstore instead of a coworking space.

In 1919, an American woman named Sylvia Beach opened a book shop, Shakespeare and Company, on Paris’s Left Bank. It was a good time and place to be a bookseller: Paris was a literary and artistic capital, home to all the major French book publishers, literary journals, event spaces, and art galleries. The country’s best thinkers—Marcel Proust, Jean-Paul Sartre, and Anatole France—flocked to the city to be part of its unique culture.

But Paris wasn’t just a hotspot for France’s experimental creative scene—it was a gathering place for writers and artists from all over the world, favored for its embrace of extravagance, diversity, and creativity. The core selling point of Beach’s shop was that it stocked only English-language books; it quickly became a hub for the city’s growing expat community. A variety of North American and European writers abandoned their countries of origin to take up residence in Paris, where they lived, worked, and played as part of a global crowd. The ideas that came out of their movement still influence our thinking and culture today.

Beach published James Joyce’s Ulysses in 1922, which is still considered one of the 20th century’s most notable works of fiction. The book was banned in the US, the UK, and Joyce’s home country of Ireland for over a decade, censored for its scenes depicting masturbation and menstruation. It was one of many books to emerge out of Paris between the First and Second World Wars. Henry Miller’s Tropic of Cancer (1934) is a first-person account of the sexual and travel adventures of the stereotypical American bohemian in Paris. George Orwell was also there, working as a dishwasher in restaurants—an experience he immortalized in Down and Out in Paris and London (1933). Ernest Hemingway wrote a memoir, too—posthumously assembled as A Moveable Feast in 1964—which features the city’s cast of characters in that period: James Joyce, Ezra Pound, Wyndham Lewis, Ford Madox Ford, F. Scott Fitzgerald, and Gertrude Stein.

Stein, in particular, grew to foster the community by hosting regular salons for creatives to exchange ideas, critique work, and collaborate. As well as writers, experimental artists such as Pablo Picasso and Henri Mattisse, the entertainer and activist Josephine Baker, and the world-renowned dancer Isadora Duncan were also part of the scene. This group of artists became known as the Lost Generation.

Looking back on his time in 1920s Paris, the American poet Archibald MacLeish wrote:*

It was not the lost generation which was lost: It was the world out of which that generation came. And it was not a generation of expatriates who found themselves in Paris in those years but a generation whose “patria,” wherever it may once have been, was no longer waiting for them anywhere.

The ideas of nomadism predate laptops and smartphones. Throughout history, writers, musicians, painters, and photographers have drawn inspiration from their travels to enrich their craft. An artist’s work has rarely required their physical presence or daily proximity to a particular location—at least not with any regularity. The Beatles spent time in ashrams and wrote songs with local musicians in India. Allen Ginsberg met the Indian poets Sunil Gangopadhyay in Calcutta and Malay Roy Choudhury in Patna. The Rolling Stones fled London for Tangier, working with a traditional Moroccan music group called The Master Musicians of Jajouka while they waited out drug charges.

Writers and journalists, in particular, feature heavily in the archives of work from anywhere. Almost every country has a roaming writer or two, across all geographies and cultures, from Ibn Battuta in 1300s Morocco to Jack Kerouac in 1950s America. Think of it like this: Before digital nomads, there was the analog version—notebook nomads. Or, in the case of writer Emma Smith, typewriter nomads (pictured below in 1947, by the River Seine in Paris). 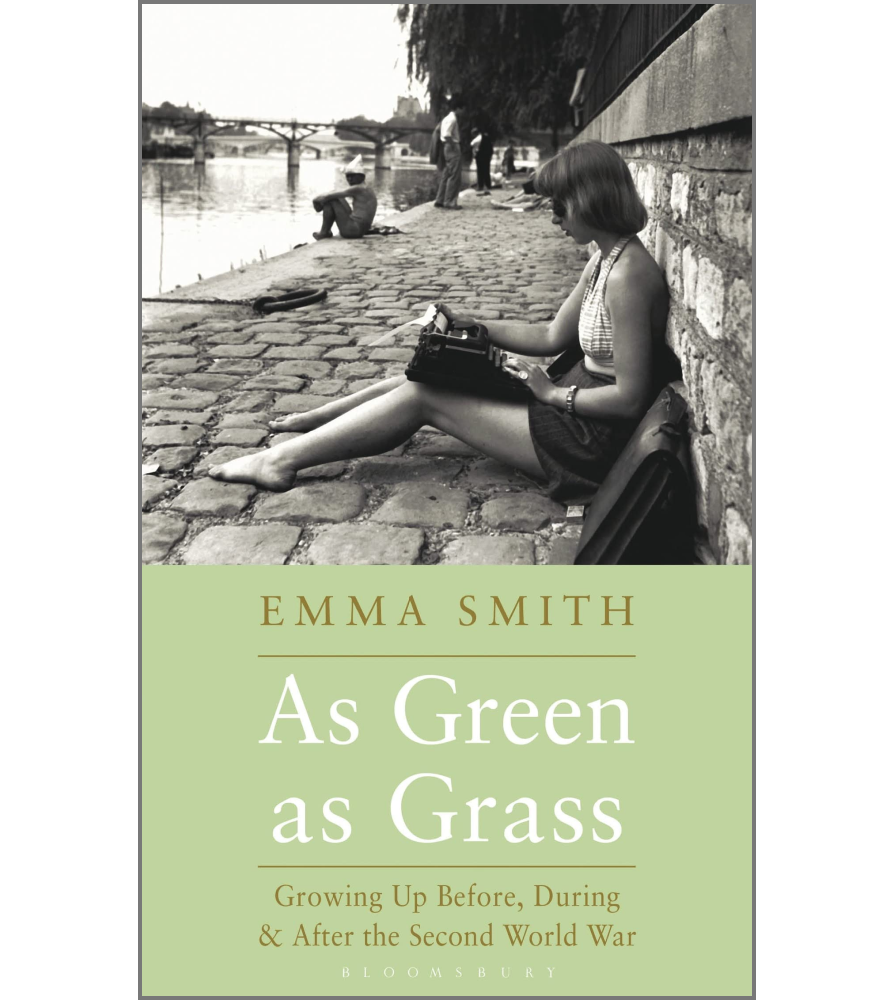 Travel exposes people to different norms, perspectives, ideas, and solutions, which helps artists make more globally relevant and ambitious work. The demand for creativity is rising across all industries in the 21st century; the World Economic Forum predicts it will be among the most important labor market skills by 2030.* Now, remote technologies are making it possible for not only artists, but other kinds of workers to pursue experiences that capture the imagination and inspire innovative ideas.

Despite a price tag of US$3,590 (equivalent to around US$9,500 today), the model sold upwards of 50,000 units in its first year. This beast of a machine weighed 28 lb (13 kg) and folded up into a luggable case the size of a portable sewing machine. Crucially, it was designed to be taken as carry-on luggage. The tech journalists loved it. In 1982, PC World Magazine ran a cover story titled “Traveling with the IBM PC’s First Portable Competitor.” It features a photo of a man seated beside a swimming pool, transfixed by the rectangular screen of his bulky Compaq Portable. Next to him is an empty cocktail glass. This just might be the first portrait of the work from anywhere movement we know today: 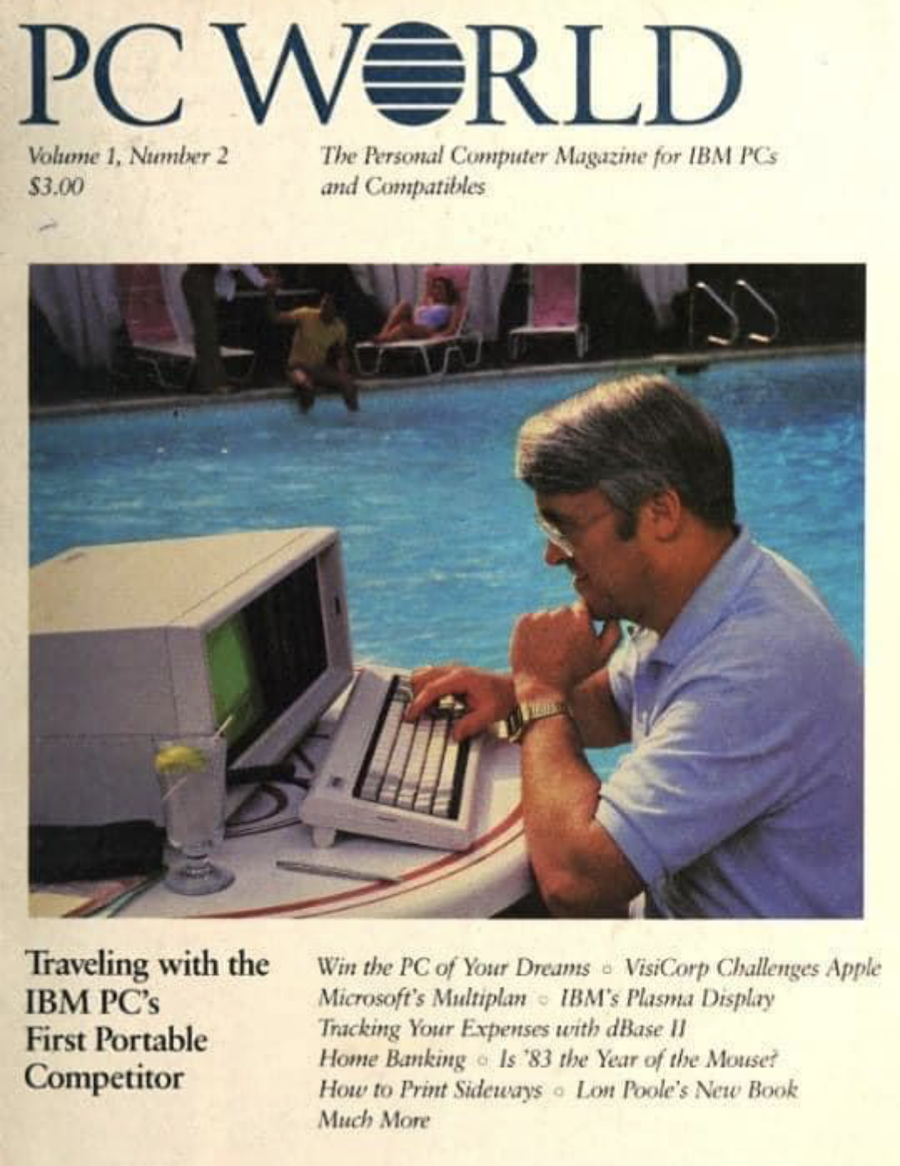 ​
You’re reading a preview of an online book. Buy it now for lifetime access to expert knowledge, including future updates.
If you found this post worthwhile, please share!
Related sections
Who is a Digital Nomad?
Nomads and Taxes
Part III: A Brief History of Nomads
Confronting Gentrification
Part VI: Borderless Future