Compensation disparity between URGs and their white male colleagues is a particularly prevalent issue.** 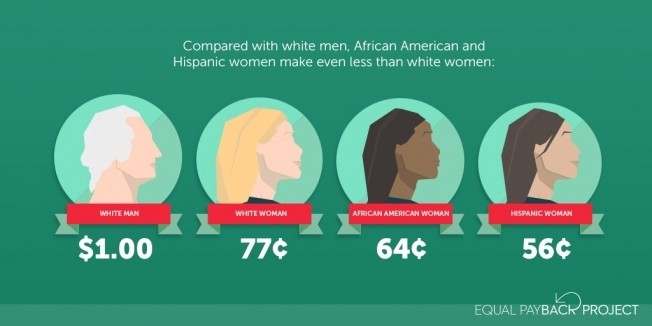 Pew determined that across STEM fields, women make 79% of what men make. Blacks in STEM make 73% of what whites earn, Hispanics make 85%, and Asians make 125%.* Men are offered more money than women for the same role 60% of the time. These disparities add up over time, as compensation adjustments are often calculated on a percentage basis from base salaries. Evidence suggests that the equity gap between men and women is even higher than the pay gap. The good news is that you have control over getting pay right at the hiring stage.

​caution​ The first step to compensating fairly is understanding that URGs are often under-leveled not only at their current job, but also when they change jobs. Hiring a URG at a lower level than their previous job is a red flag. It means you are very likely already starting them off in a lower salary band than they deserve.

Second, at the offer stage, it’s critical to do a check to make sure the offer you’re putting out is at least equal to the last offer you gave to a white male at that level. If you need help tracking that data, you can use a compensation calibration worksheet.

Finally, compensation encompasses more than just salary. It’s important to remember that benefits are not just something to mention in job descriptions, but are also part of the compensation package. Getting them right is a crucial step in building effective D&I efforts. As Project Include writes:*

Many benefits in the industry tend to appeal to young, single men, and feel exclusionary when they are not offered in balance with a rich mix of other benefits options (e.g., foosball but no childcare). Companies can improve this by supporting employees when they need to take leave, rearrange their schedules, or take other measures to manage their work-life balance successfully.

Understanding ways in which your company can close the benefits gap can give you a strong competitive edge.

Where success does happen, you’ll find a deep, ongoing commitment to creating inclusive environments and a mapping of diversity and inclusion to the organization’s values or business strategy.

In 2010, Etsy* was in the midst of an engineering team overhaul. They had decided they needed a fresh team to take on the challenges the company was facing, and in building this incoming team, hiring women engineers was to be a priority. Yet in the year that followed, they experienced an 86% growth in the engineering team and a 35% decline in gender diversity—they had hired 38 new engineers, of which only two were women. In examining what happened during that year, they found three major contributing factors to their failure: