Owing to the westerly trend of the Valley and its vast depth there is a great difference between the climates of the north and south sides—greater than between many countries far apart; for the south wall is in shadow during the winter months, while the north is bathed in sunshine every clear day. Thus there is mild spring weather on one side of the Valley while winter rules the other. Far up the north-side cliffs many a nook may be found closely embraced by sun-beaten rock-bosses in which flowers bloom every month of the year. Even butterflies may be seen in these high winter gardens except when snow-storms are falling and a few days after they have ceased. Near the head of the lower Yosemite Fall in January I found the ant lions lying in wait in their warm sand-cups, rock ferns being unrolled, club mosses covered with fresh-growing plants, the flowers of the laurel nearly open, and the honeysuckle rosetted with bright young leaves; every plant seemed to be thinking about summer. Even on the shadow-side of the Valley the frost is never very sharp. The lowest temperature I ever observed during four winters was 7° Fahrenheit. The first twenty-four days of January had an average temperature at 9 A.M. of 32°, minimum 22°; at 3 P.M. the average was 40° 30′, the minimum 32°. Along the top of the walls, 7000 and 8000 feet high, the temperature was, of course, much lower. But the difference in temperature between the north and south sides is due not so much to the winter sunshine as to the heat of the preceding summer, stored up in the rocks, which rapidly melts the snow in contact with them. For though summer sun-heat is stored in the rocks of the south side also, the amount is much less because the rays fall obliquely on the south wall even in summer and almost vertically on the north.

The upper branches of the Yosemite streams are buried every winter beneath a heavy mantle of snow, and set free in the spring in magnificent floods. Then, all the fountains, full and overflowing, every living thing breaks forth into singing, and the glad exulting streams shining and falling in the warm sunny weather, shake everything into music making all the mountain-world a song.

The great annual spring thaw usually begins in May in the forest region, and in June and July on the high Sierra, varying somewhat both in time and fullness with the weather and the depth of the snow. Toward the end of summer the streams are at their lowest ebb, few even of the strongest singing much above a whisper they slip and ripple through gravel and boulder-beds from pool to pool in the hollows of their channels, and drop in pattering showers like rain, and slip down precipices and fall in sheets of embroidery, fold over fold. But, however low their singing, it is always ineffably fine in tone, in harmony with the restful time of the year.

The first snow of the season that comes to the help of the streams usually falls in September or October, sometimes even is the latter part of August, in the midst of yellow Indian summer when the goldenrods and gentians of the glacier meadows are in their prime. This Indian-summer snow, however, soon melts, the chilled flowers spread their petals to the sun, and the gardens as well as the streams are refreshed as if only a warm shower had fallen. The snow-storms that load the mountains to form the main fountain supply for the year seldom set in before the middle or end of November.

Winter Beauty of the Valley

When the first heavy storms stopped work on the high mountains, I made haste down to my Yosemite den, not to “hole up” and sleep the white months away; I was out every day, and often all night, sleeping but little, studying the so-called wonders and common things ever on show, wading, climbing, sauntering among the blessed storms and calms, rejoicing in almost everything alike that I could see or hear: the glorious brightness of frosty mornings; the sunbeams pouring over the white domes and crags into the groves end waterfalls, kindling marvelous iris fires in the hoarfrost and spray; the great forests and mountains in their deep noon sleep; the good-night alpenglow; the stars; the solemn gazing moon, drawing the huge domes and headlands one by one glowing white out of the shadows hushed and breathless like an audience in awful enthusiasm, while the meadows at their feet sparkle with frost-stars like the sky; the sublime darkness of storm-nights, when all the lights are out; the clouds in whose depths the frail snow-flowers grow; the behavior and many voices of the different kinds of storms, trees, birds, waterfalls, and snow-avalanches in the ever-changing weather. 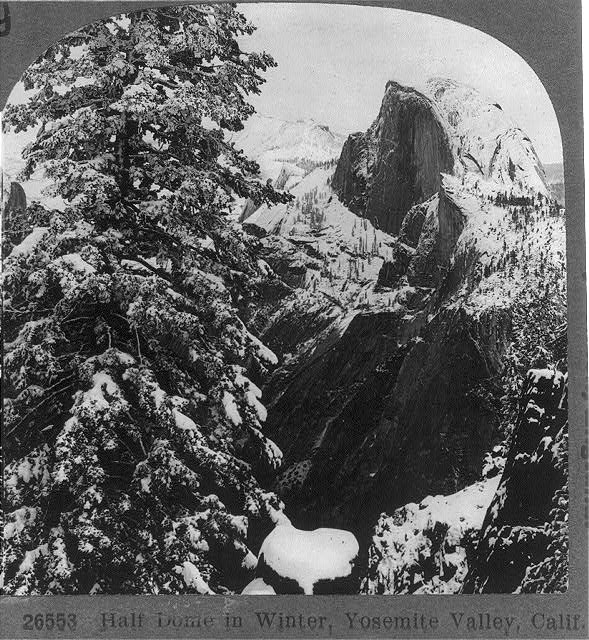 You’re reading a preview of an online book. Buy it now for lifetime access to expert knowledge, including future updates.
If you found this post worthwhile, please share!
Related sections
The Sierra From the West
The White-Bark Pine
Hetch Hetchy Valley
Appendix C: Maximum Rates for Transportation