What I Learned From Conducting 500 Technical Interviews, Pt. 1: The Interviewer Skills Ladder 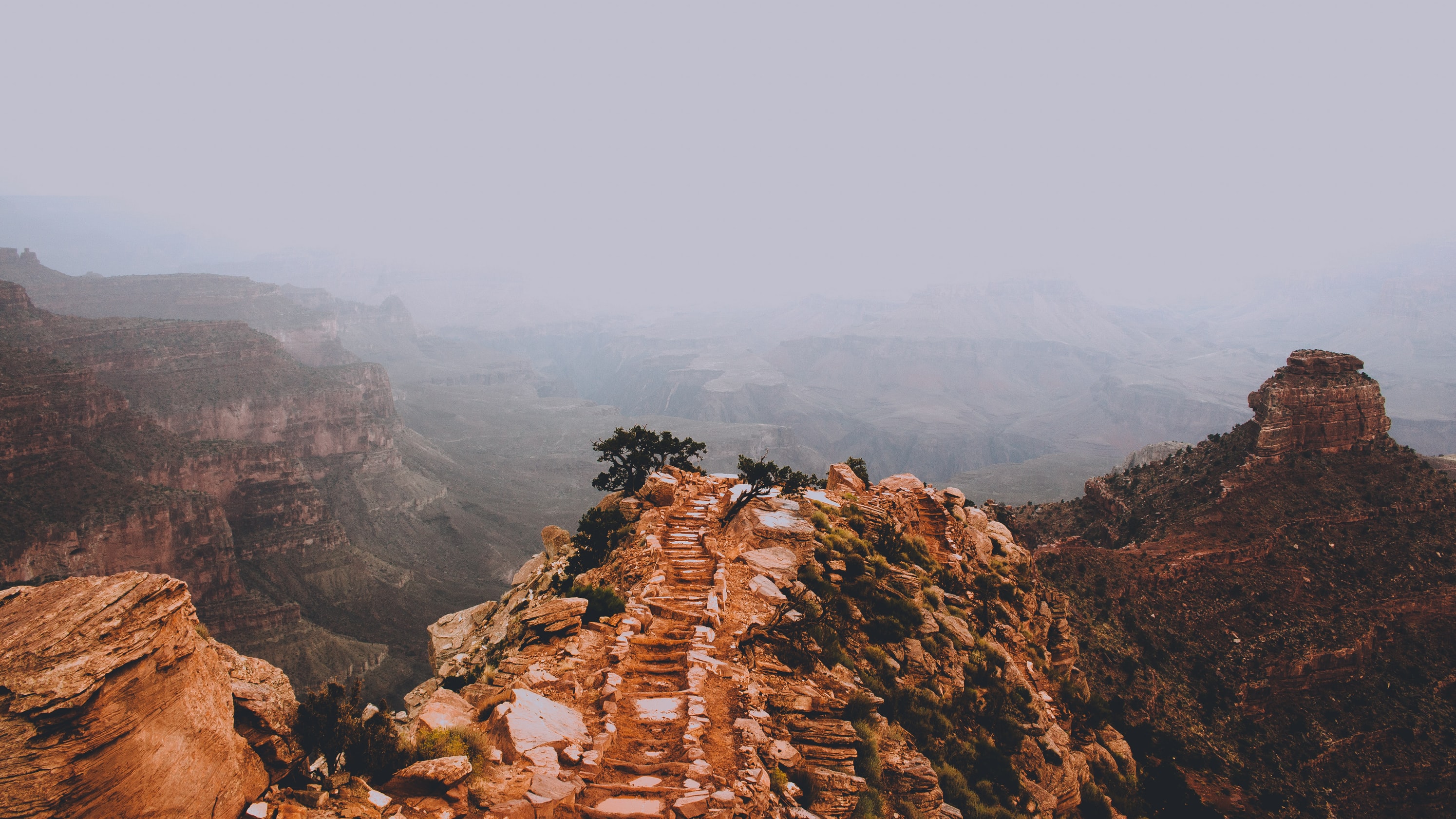 Photo by Alexandre Chambon on Unsplash

It’s possible that the only thing engineers hate more than a nasty bug is interviewing. Interviews are interruptions from deep work. They involve a somewhat awkward set of interactions with a complete stranger. And after you’ve done a bunch, they become pretty monotonous. They’re everything most engineers were trying to escape by becoming engineers.

Yet engineers at high growth startups will easily spend 10%-20% (or more!) of their time interviewing. (Do the math: Two one-hour interviews with one hour of prep and follow-up is already four hours.) At hyper scaling companies, some engineers will get tapped to do a tremendous number of interviews because it’s the highest leverage activity they can do. For example, Albert Ni interviewed every full-time engineering candidate at Dropbox between 2011 and 2012, just as Dropbox’s engineering team was hitting an inflection point in its growth.

Impactful work done by resentful people is not a recipe for success.

Sure, we can optimize the hiring funnel or otherwise reduce the need to hire—but it’s never going to go away. So let’s tackle the other side of the problem: how can we make interviewing just a little less awful, for candidates and for interviewers?

One big problem with interviews is that most interviewers pretty quickly get to a point where they don’t feel like they’re learning much. At the start, the idea of doing interviews can be fun and exciting—it’s a new skill, and important for the company. But once you hit a state of basic competency, it becomes a boring grind.

The thing is, the skill range for interviewing is much wider than that. Some people are far better interviewers than average. They single-handedly make others want to work on their team—a rare, powerful, and deeply valuable ability. But most folks don’t really have a clear sense of how to develop true competency at interviewing—or even exactly what getting there might look like.

And by the way, developing as an interviewer isn’t just about work. It’s also a useful skill in many areas of life. If you’re hiring an event planner, having work done on your house, or otherwise need someone who knows how to do something you don’t, you’re going to have to find and evaluate talent in people.

This skills ladder for interviewing provides a way to think about how to grow as an interviewer. It covers two critical skillsets:

Interviews are a two-way evaluation, and every interviewer has the opportunity to reinforce—or ruin—a candidate’s positive impression of a company.

Across these skills, there is a natural progression from beginner to expert.

At the very earliest stage, an interviewer’s primary goal is to avoid a bad candidate experience, handle the social graces and customs of an interview, and create the right conditions to evaluate a candidate. Have you ever left an interview confused about what the interviewer was even trying to assess? That’s the experience of interacting with a beginner.

Beginners can be actively harmful in the hiring process. I was once interviewed by two people, one of whom said literally nothing for the entire interview. (They were shadowing the question to learn it. An introduction would have been nice!) As I struggled with the question, I kept wondering, “Is this person being quiet because I’m just doing this all entirely wrong?” The overhead of thinking about the interviewer was distracting enough to make an already challenging problem much more difficult. It was the most stressful interview I’ve had.

Beginners are learning their first interview questions and how to write up a clear summary of their assessment. As a hiring manager, when I see interview feedback focusing on candidates with sloppy handwriting or not knowing the exact syntax for a particular programming language construct when writing on a whiteboard, I take that as a sign of a beginner interviewer.

Fortunately, most beginners know they are beginners—interviews are just as awkward and difficult for them as for the candidate.

As an interviewer develops competency, they move from being a liability to an asset—they keep the interview on schedule, explain their work at the company, and in general create a neutral to positive experience for candidates.

Competent interviewers will have clear write-ups and can handle most of the normal paths an interview question might take. If the candidate has an unusual approach, though, that might spell trouble for them even if the candidate is strong. As a hiring manager, when I see competent interviewers writing feedback for candidates coming from typical tech companies, I have confidence that they’ll evaluate them well. It’s when the candidate’s background is a little unusual that I start to worry that we might be missing things.

If you’re hiring for a high growth company without a strong tech brand yet, this is a problem for you. You are going to have to find strong candidates who may not have fancy schools or companies on their resume, and you’re also going to have to fight hard to make those candidates want to work for you. Competent interviewers might work at established companies, but they’ll kill you at a smaller company.

Competency is where an interviewer will stay if they don’t work to get to the next level, even if they conduct a lot of interviews. One reason is simply that most interviewers get very little feedback, so it’s easy to get stuck here. If interviewing is boring, and you aren’t learning, there’s a good chance you’ve gotten stuck in this bucket.

Unlock expert knowledge.
Learn in depth. Avoid pitfalls. Get lifetime online access to the entire book, plus a download you can keep.

One way an interviewer can tell if they’re proficient is that recruiters and hiring managers try to find ways to include them in their interview loops, because they know the interviewer will get the candidate excited and be able to assess their work fairly, even if they take an unusual approach.

As a hiring manager, I can tell a proficient interviewer by whether they’re able to really get at the “why” behind their decision in the interview—are they able to spot a constellation of one-off data points that make up a trend, or notice when the candidate really shines in an area the interview wouldn’t normally touch on?

Proficiency should make interviewing more interesting for the interviewer, because you’re starting to evaluate candidates not just against a script but engaging more with them as the complex humans they are.

At Dropbox, we had one interviewer candidates would consistently name as the person they met that they really wanted to work with. It was amazing—and it worked really well for her because she’d sometimes end up having candidates ask to join her team instead of the role they were initially interviewing for! One coworker I talked to about this person said that he literally stopped interviewing at other companies after he met her. She brought the incredible energy and candidate connection of a true talent magnet.

Think of the superpower it gives your company when there’s someone who attracts others like that.

Expert interviewers are often the reason a candidate joins a company. They may spot a candidate that might otherwise have gotten rejected but has some hidden strengths—several times at Dropbox I witnessed an eagle-eyed talent scout push for a candidate who became an exceptional hire, and one that we’d have missed out on without that expert eye. They’re also talent magnets—people want to work with them because they bring tons of positive energy, make a deep connection with the candidate, or otherwise show that they’d be a fantastic coworker. They might look like naturals, but most experts have worked hard to hone their pitch and put a lot of effort into building early rapport with each candidate.

Coming out of college, a major reason I chose the completely unknown startup I went to work for was that one of the engineers was so smart, energetic, and engaging in the interview process that I knew that I would learn a tremendous amount from him. (And I did!) We bonded over our mutual love of the book Programming Pearls and I was won over by his infectious energy and enthusiasm. Remember how I said competent interviewers at startups can kill you? Expert interviews can make all the difference.

When I interviewed at Dropbox, I got excited about the company even before I came onsite because my primary contact was someone who was incredibly welcoming and enthusiastic about what Dropbox was up to. We ended up with multiple back-and-forths about Dropbox’s technical stack and challenges. The more you can share that’ll really excite a candidate’s mind, the better. Then, when I got onsite, the conversation naturally continued and deepened from that great starting point.

One key trait of an expert talent magnet is empathy. The ultimate goal when recruiting someone is to make it easy for them to imagine themselves working with you and having a great experience. Part of doing that is knowing what directions to take the questioning in order to gain a deep understanding of what the candidate cares about (which may not be what they say they care about). And of course, avoiding all the little miscues that can turn a candidate off.

How Does It Fit Together?

While the descriptions above capture most of the key behaviors, there are a lot of specifics. The sections below lay out a more detailed breakdown and show how each level of skill compares.

If you’ve gotten bored with interviewing and feeling like it’s just a grind, make a game out of improving.

Thanks to Alex Hoffer and Albert Ni of Dropbox, Aline Lerner of interviewing.io, and Pete Belknap of Pilot for their feedback on this post.

Alex Allain is a Director of Engineering at Dropbox, author of Jumping into C++, and the creator of cprogramming.com, a resource on C and C++ established in 1996 and used by millions to learn to program. He is a contributing author of The Holloway Guide to Technical Recruiting and Hiring.

An earlier version of this post was published by the author on Medium.