You’re reading an excerpt from Art For Money, by Michael Ardelean. This small but powerful book helps every creative freelancer know their value and scale their business. Purchase the book to support the author and the ad-free Holloway reading experience. You get instant digital access, commentary and future updates, and a high-quality PDF download.

That which hinders your task, is your task. Sanford Meisner

Clean Up Your Space

Your workspace should be a peaceful place. How that looks is something you can define on your own, based on what makes you feel calm, what type of art you create, and what your needs are. Your workspace doesn’t need to look like mine, but don’t fool yourself into thinking a chaotic environment is working well for you. I’ve never met anyone who functioned well in a messy workspace. On the contrary, most people are anxious and have trouble focusing. Do not miss the connection between mental and spatial chaos. As Steven Pressfield wrote in The War of Art, “The Professional eliminates chaos from his world in order to banish it from his mind.”

Whether you have an office, or a home office, or four square feet of your own in an apartment with six roommates, I urge you to optimize your little slice of real estate. Space is a luxury, however much of it you have. Being in it should feel great.

Order, for the creative professional’s physical space, can be achieved in three steps:

Paper is cool and all, but save it for special occasions. I once worked with someone who insisted on only taking notes on paper. Not a notebook—actual single pieces of paper. Now he has twelve years’ worth of notes which are unsearchable and thus useless to him. On top of that, his office looks like a storage locker. Guess how much work he gets done in a day?

What apps you choose don’t matter; in most cases it’s not worth spending an hour to research ways to save five minutes. The best system is one that you’ll actually use. Pick your favorite or flip a coin.

Is this whole “order” thing not working for you? Not what you grew up with? Not part of your personality? It’s easy to assume that some people are just naturally tidy and organized. Not so. It happens on purpose.

If you are questioning how organized your space should be, just ask yourself, “How clear headed would I like to feel and how well do I want to perform?”

Willpower is garbage. It is for amateurs. It’s for people still conflicted about what they want to do. Darren Hardy

Every force of evil in the world is conspiring against you delivering this project on time. Whatever can go wrong, will go wrong. It will not be a thing that you expect. It will be a thing that is easy to blame on someone else. Don’t fool yourself.

If you’re the best photographer in Los Angeles and you deliver your projects three days late, what are you?

Not the best photographer in Los Angeles.

Your reputation is your ability to keep working. Your reputation is quickly destroyed when you deliver late. Your clients don’t remember the beautiful lighting, the perfect retouching, or the fact that you made the models feel comfortable and brought out their best. What they’ll remember—and what they’ll tell their professional colleagues—is that you delivered late.

It’s not hard to deliver on time. When you deliver late, it’s almost never because you weren’t talented enough or the work was too hard. It’s usually because your “calendarization” was lacking.

Calendarizing, though not a real word, will make or break your project. It guides your workflow and it guides your client’s expectations. It controls your anxiety and your client’s anxiety. It gets you paid on time and makes everyone happy.

As illustrated in Writing a Good Proposal, every project should be broken down into phases (which will appear in your proposal). Calendarize these phases by detailing what needs to be done to complete each phase, and marking them in your calendar for you and anyone else you are relying on for help on this project.

If a project is large or has a long lead time, we tend to relax at the beginning and thrash at the end. This is exactly the opposite of a good approach. To avoid tricking ourselves into thinking we have plenty of time to finish a project, focus on Phase 1. That’s much shorter. And it has a real deadline. This encourages us to “Thrash Now, Ship Early,” as Seth Godin preaches. Never thrash at the end. The end is stressful enough as it is.

Also, good news: you’ve already outlined the phases of work, back when you made your proposal. So, all you’re really doing now is applying dates to those phases.

Whenever I’ve made an important commitment, I set two reminders: one on the day it’s due, and another one three days in advance. Why do I do that? Isn’t it simple to remember that X work needs to be done by X date? Yes it’s simple, but simple ain’t easy, and besides:

Never waste good brain space on something that your phone can easily do for you.

Alerts aren’t just for deliverables; you can use them for payments as well. Remember, most people are 8-year-olds. We don’t prepare for the things we don’t enjoy doing. If we don’t enjoy going to the dentist, then we are less likely to be on time.

Your client’s accounts payable department doesn’t enjoy paying you on time. As such, they most certainly do not have a pink sticky note on their monitor that reads “IMPORTANT NOTE TO SELF: pay Johnny Freelance on February 1st!” And that’s perfectly fine, because you’re going to send the invoice two weeks in advance, followed up by a friendly courtesy notice three days before it’s due.

You’ve already gotten the point but I’ll share one more anecdote because it’s fun: I once worked with a designer who didn’t enjoy calendarizing. We’ll call her Antonia. She was gifted at designing the most amazing handbags I’d ever seen, but would rather spend her time shopping for houses online and complaining about the government. If she had 15 days to complete a project, this is how she’d use them:

We are not talking about an amateur here. Antonia had been designing handbags at the highest level for over a decade. And still, the above scenario would play out every time.

As you can imagine, starting to work on the very last day would be a disastrous approach to, say, a nine-month “footwear innovation” project. But if this happens during one short phase, it’s less disastrous.

I began using a courtesy notice strategy on Antonia. Sometimes, I’d build in a little three-day cushion that Antonia didn’t know about.

It pays to consistently remind yourself that the key to getting money seven days from now is finishing the project in that amount of time. Are we anxious about the deadline? Not sure how to manage our time? That’s OK, the calendar tells us exactly what to do.

By now you might be thinking “OK, I get it, it’s important to deliver on time. I’ll just work fast and stay on track—and I can do that without a calendar.”

No you can’t. Make your calendar, set your alerts, and deliver early.

Watch out for intellect, because it knows so much it knows nothing.Anne Sexton

It’s easy to organize a single project, but what about working on four client projects at the same time? It’s tempting to always be on the hunt for the latest project management app, but unless you’re an agency with 10+ employees, you can skip those. The best tool is one that you’ll actually use—a very, very basic spreadsheet could do the trick. If you’re like me, you want a zoomed-out overview that keeps you on top of the big picture. Something like this.

Looks pretty rudimentary, huh? It is. I’ll share a secret with you—for a freelance operation, complex tools and systems are mostly BS.

I’m currently operating an executive recruiting business with six open projects, editing this book and outlining the next one, planning two product drops, and making a business plan for next year. How do I stay on top of it all? Mostly, I use the apps that came with my phone. Calendar, Reminders, Mail, iChat. I wrote this book in Evernote and then I saved it in Dropbox.

I am a person of average intelligence, if that. I get overwhelmed easily. If I want to manage my self-imposed workload and have energy left over for friends, family, and hobbies, I must have a simple system for managing my time and energy. For me, it’s leaving tomorrow’s to-do list on my desk at the end of each day, laying out my clothes, and having a cold brew waiting in the fridge right next to my desk. Why? So that at 6am, there are as few steps as possible between my sleepy ass and my goals.

Your routine might be the exact opposite of mine, and that’s cool, as long as you have one.

Perhaps you have a high mental capacity for complexity, learning new apps, and constantly refining your process. Great, but I might suggest channeling that energy into your art. The more tricky systems you use, the more excuses you can give yourself for not getting the job done.

Freelance success is about consistent behavior, not being smarter or more technologically advanced than everyone else. 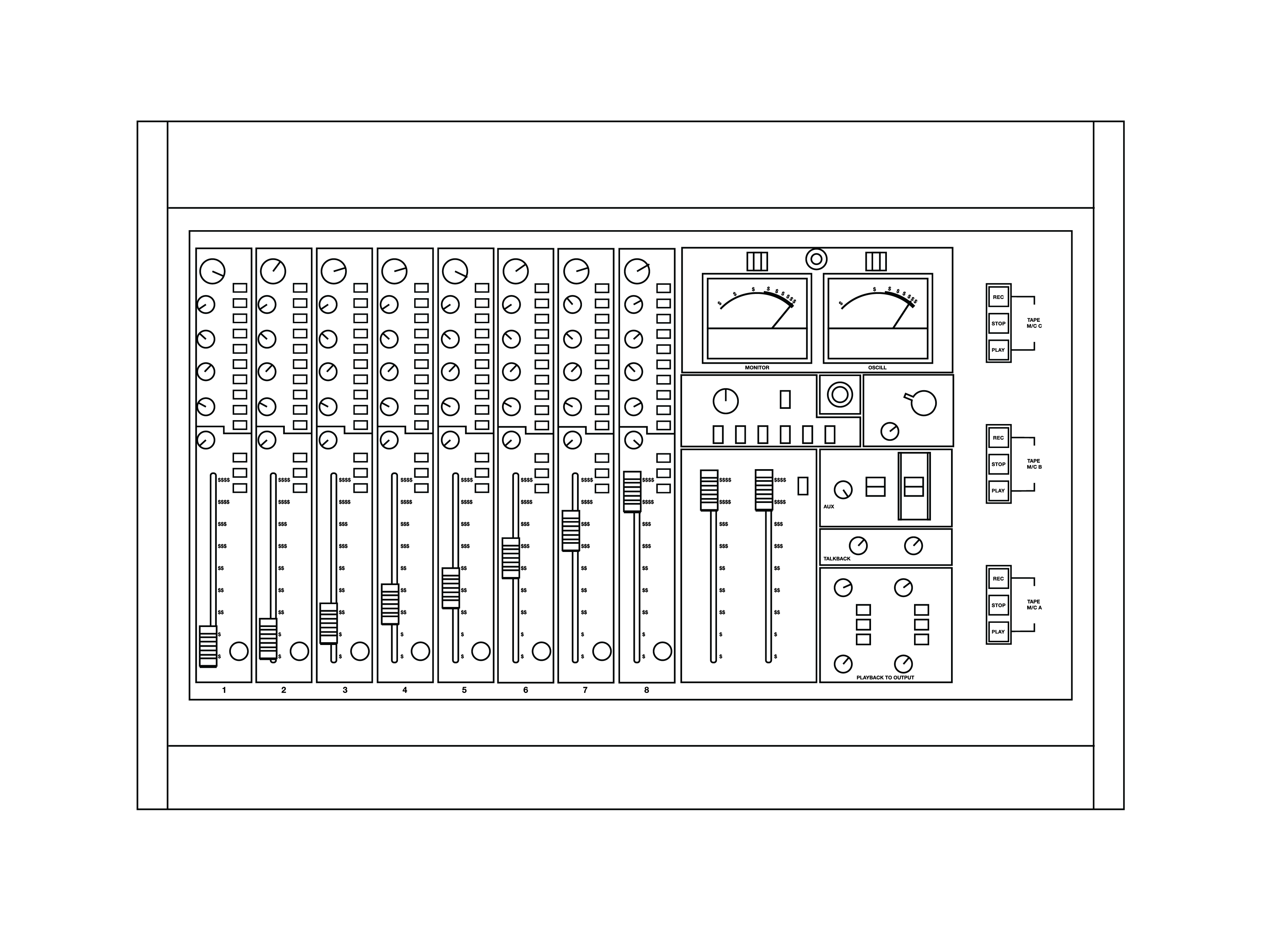 He who hesitates is lost.adapted from the play Cato, 1712

Getting Paid On Time